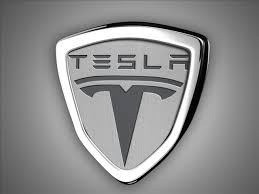 Elon Musk, the “Steve Jobs” of the auto industry wants to massively market cars that are “plugged”. A journey that started in 2003 in California and you just press the accelerator to the liberalization of the patents of their models. Chile still is not on their radar, but there are a couple of Tesla S circulating in the streets of Santiago.

If it were a disease, Elon Musk would suffer “to detail”. The owner of Tesla electric cars, the “Steve Jobs” of cars, personally directs the design of each of the products it manufactures. The millionaire, who just donated $ 1 million to the Museum of inventor Nikola Tesla, who adopted the name for their cars-it works more than 100 hours per week. Most of the time in the office of SpaceX, the private space agency that develops rockets and spacecraft and already signed a contract with NASA by $ 2 trillion.

But if his head is not on Mars, one of his obsessions, he’s thinking about his 100% electric models that plug into the stream like a hairdryer.

“Every car that leaves the factory has to be perfect. Saturdays dedicate myself to wander around the assembly line reminding employees of the importance of being perfectionists at each stage of assembly, “declared South African Musk site Autoblog.
Chilean Jaime Andaluz is one of the 8000 employees who have the manufacturer Tesla. Civil Industrial Engineer and MBA from Duke University, knows his boss who took the name for his company, is demanding. He sees little but when Musk wanders offices in Palo Alto, is perceived in the environment. “The other day I was outraged that the meeting had no HD cable. He argued and said this is not excellence! “He says on the phone from California.

Silent. That is the first feature that drew the attention of Chilean Andaluz on Tesla, whose transmission cars unlike conventional controlled instantaneously, at the speed of light: “Accelerate and nothing is heard. It’s like the car of the future. It has a giant screen in the dashboard that provides all the information of the car, as well as the distance to the next station where super charges your batteries for free. You can stay in corduroy, of course, but be either turkey, because the car lets you know how much battery you have left, just like your phone. ”

In California, it is common to see the Tesla S, chosen as the 2013 World Green Car of the Year, circulating through the streets. It is a sedan with indoor seating for five adults and two children, powered exclusively by electricity and with a range of 480 kilometers, the largest in the market. It’s a fast car, with acceleration from 0 to 100 kilometers in 5.6 seconds, and reaches a top speed of 200 kilometers per hour. It consists of thousands of lithium-ion batteries, which are arranged under the car. Its price is around $ 50,000, about 28 million pesos.

“About 70% of sales are here and in New York,” says Andaluz. Scattered throughout the city are super stations, where cars are “plugged in” to charge their batteries. An average load takes 20 minutes. In April 2014, Tesla had 86 fast charging stations in the U.S., installed by Solar City, the company supplying renewable electricity and Musk himself presiding. This made it possible to travel between the east coast and the west.

The pressure at Tesla headquarters is high. They produce about 700 cars a week. And the goal is to reach 1,500 units the first week of September, according to the Chilean confidence.

The results have not been very good. If the first quarter of 2013 showed positive results for the first time, in the same period this year recorded losses of $ 50 million, despite having sold more than 6,400 units of Tesla S, even more than expected. But Musk is not stopped. The engine continues to run.

Last June, Musk, chosen by Time magazine as one of the 100 most influential people in the world, stunned the automotive market by announcing that Tesla, born 2003, Pat released his cars. In short, I made available to the world the “recipe” for making their models, which anyway could be achieved with reverse engineering. But now it will be easier: to have technical data, any of you can make.

An announcement in addition to creating a “gigafactoría” to make batteries in the United States. A key cog in the future of the company in the long run, as it will lower the price of electric cars so far, according to experts, the main barrier to its mass.

“When I started my first company, Zip2-which managed web sites that sold $ 300 million at Compaq Computer, I thought that obtain patents was good and worked hard at it … Today I think it only serves to stifle progress, strengthen the positions of large corporations and enrich lawyers, “Musk wrote in Tesla’s blog on 12 June.

The strategic move for the company, publicly traded since 2010, aims to accelerate the market for electric cars. Joining forces. Currently, and as the same Musk, sales of these models represent less than 1% of the automotive sector. “Our real competition is not the trickle of electric cars being produced, but rather the huge flood of gasoline cars coming out of the factories of the world every day,” said the millionaire.

Start engine has not been easy for Tesla. In 2006 debuted its first model: the Tesla Roadster, an electric sports car with removable roof, with a range of nearly 400 miles and a price that bordered the 75 million pesos. Until 2012 about 2,400 units were sold in the world. And Musk himself acknowledged that the years 2007 and 2008 were particularly bad for the company and they were about to close.

Beyond the flashes, comparisons with the superhero Tony Stark and his cameo in the movie Iron Man 2, Musk knows not take the easy way. As he said in an interview with Tech Crunch: “Being an entrepreneur is like eating ground glass and face the abyss of death.”

For years, the businessman said the weight of the company on his own back. Like it or not sold Paypal, the online payment website, Ebay 1,500 million in 2002. But it was not enough. The real financial relief, which Tesla saved from bankruptcy, came in 2009. Daimler AG, maker of Mercedes Benz and Smart, among others, invested $ 50 million in electricity producer in exchange for shares of the company. This, added to a credit for $ 465 million U.S. Department of Energy, allowed it to manufacture its new model: the popular Tesla S.

Another agreement that was achieved with Toyota. In 2010, the Japanese bought several shares in the company in exchange for the cooperation of Tesla models like the Toyota Rav4 EV.

The streets of Santiago and circulate two Tesla models. One of them is John Oehninger, owner of Luxury Leasing, a carrier of premium cars.

Still others have been tempted with the idea of ​​bringing one of these models Chile. Jorge Errazuriz, partner at BTG Pactual and Andrés Navarro, owner of Probe, probed the possibility. In fact, Errazuriz Oehninger asked to lease his Tesla. “I said yes, no problem, but with his driver. So far we got nothing, “says the founder of Celfin, adding that eventually discarded his idea. “Importing a car is very complicated. And in this particular case is difficult because you also have to make an investment for recharging, and you can not plug it into any power outlet in your home. The theme of the service is also complex. If the car fails, you have to send him to America to fix it? “Asks Errazuriz, who is sure that within five years, the market for electric will be massively.

What is the major barrier to achieving greater popularity? Errazuriz sums it up in two words: the high price and Detroit, the birthplace of gasoline cars.

A senior automotive executive agrees with him: “Tesla threatens the existence of the distribution network. Skip to dealers to put the customer in direct contact with the consumer. Furthermore, it is an expensive technology that requires subsidies. ”
“Have you seen the documentary Who Killed the Electric Car?, Sony,” asks Carlos López, President of Club Electric Cars in Chile, having a Chevrolet Volt load every night at home. The report explores the reasons for the failure of the General Motors EV1, a car with two doors futuristic look that occurred in the following 90 marketing by non-polluting vehicles by pollution crisis California living. Years later, and “strange circumstances” as the documentary explains the stacked cars finished and destroyed.

In the short term, Chile is not in the plans of Tesla. The landing in South America, according Andaluz, will be in Brazil “in a couple of years.” For now, the team is focused on China Musk, market that are already delivering the first orders. A challenge anything easy since have run into more of a detail. “Like many people in China have a driver, we are modifying the rear seats of cars, which generally are not as comfortable,” says Andaluz.

Obama’s dream of having 1 million electric cars by 2015 is far from realization. Still, Musk plans are ambitious. Want to set up his own factory in the Asian giant. It also plans to build a large network of superchargers in Beijing and Shanghai. All this, while tuning the details of what will be the marketing Tesla Model X, the first crossover “gullwing” Electric family, although not manufactured and has hundreds of new reserves to be delivered by 2015 . An investment of hundreds of millions of dollars. Something that Musk is used. • • •